The Elena Walch Winery is a model of sustainability known for two beautiful estate vineyards – Kastelaz and Castel Ringberg. In 1985, Elena Walch left her career in architecture to become a winemaker and has since become a rising star in one of Italy’s most prestigious wine regions.

Elena embarked upon this new career after marrying into one of the oldest wine families in Tramin. Now known as “The Queen of Gewürztraminer”, Elena along with her two daughters, Julia and Karoline, are committed to high standards and sustainable winemaking.

Officially part of the Trentino-Alto Adige region, Alto Adige was part of the Austro-Hungarian Empire until it was annexed to Italy after World War I. Both Italian and German are spoken here, and the names of local towns and wines appear in both languages. Elena Walch Family Estates has prime vineyards in two key areas: Tramin, where the winery is headquartered, and Caldaro. The best known estate vineyards are these two beautiful properties:.

Castel Ringberg – 20 ha at 300-400 m (985-1312 ft) Overlooking the Lake of Kalteren in Caldaro, this vineyard lies on a south-facing hillside with a uniquely mild climate. The Renaissance castle built by the Habsburg dynasty in 1620 rides the waves of the surrounding vineyards. This is Elena Walch’s – and most likely also Alto Adige’s – largest single vineyard. The moderately steep vineyards of moraine, which consist of chalky and sandy loam soils, allow optimal cultivation for the production of unique, varietal terroir wines. Due to the mild climate influenced by the nearby lake and the ideal altitude, wines are consistent year after year.

Kastelaz – 5 ha at 340-380 m (1115-1240 ft) Sitting above the wine village of Tramin, this is one of the rarest, exclusive southern exposures in Alto Adige – since most of the vineyards in the region follow the valley facing east or west. The light chalky soils and the special climatic and microclimatic conditions of the warm southern exposure bring forth terroir wines which continually deserve the predicate of “uniqueness”.

“The philosophy of the estate is dedicated to its terroir – the idea that wines must be the individual expression of their soil, climate and cultivation in the vineyard – and that this must be maintained according to principles of sustainability and passed on to the next generation.” - Elena Walch

The 150-year-old cellar is sustainably built underground with natural stone. Today, the Walch family modernizes these handcrafted wines with respect for the environment and keeping at harmony with nature. The size of the production facilities and family-owned vineyards classify the estate as one of the most productive wine establishments in the region. 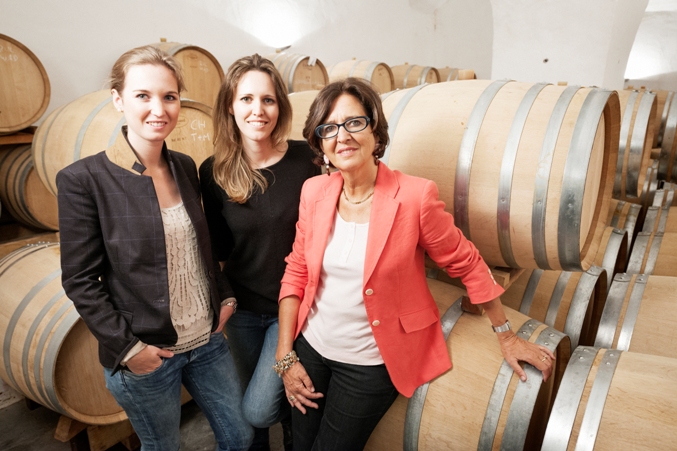 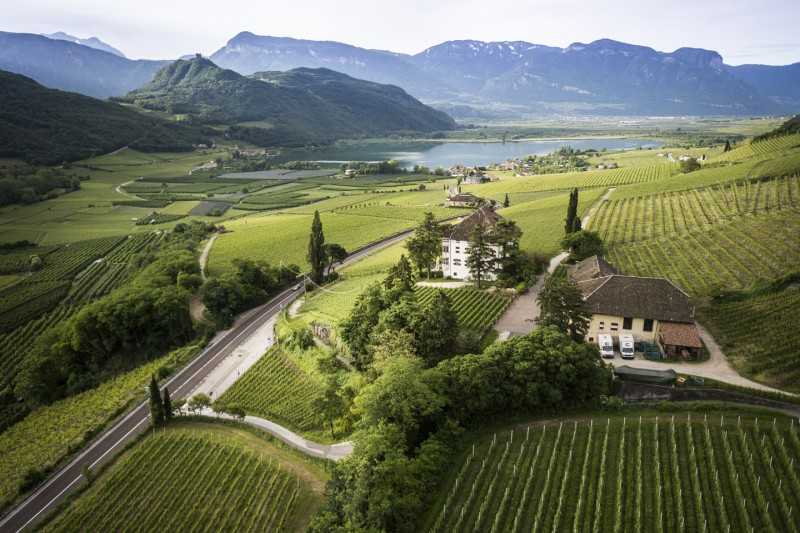 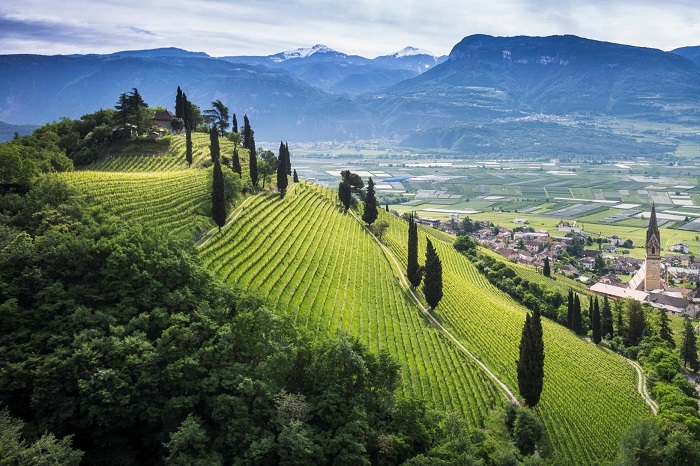